The Power and Energy of Words

The Power and Energy of Words

“Sticks and stones will break my bones, but words will never hurt me”. I don’t know who ever came up with that quote, but I do remember saying that phrase as a young girl, hoping that there was magic in those words to take away the hurt that I was feeling.

The phrase had no magic, because the words did hurt. In fact, the words hurt much more than any physical slap that may have accompanied the words. Words cut deeply. Just ask the victim of a bully. Words can build us up or tear us down. Words create. What do we create daily with our words?

As I was pondering this topic about the power of words, I remembered reading, The Four Agreements, by Don Miguel Ruiz.

The first agreement is:

Be Impeccable with your Word.

“The word is not just a sound or a written symbol. The word is a force; it is the power you have to express and communicate, to think, and thereby to create the events in your life. But like a sword with two edges, your word can create the most beautiful dream, or your word can destroy everything around you.”

Ruiz goes on to give the example of Hitler, who manipulated his country and led them into war with the power of his word. In our political climate today, the word is being used to spread anger, hate, division, racism, and fear.

Why do negative words hurt? Because words carry energy . Words are energy in motion. Words carry the energy of the intention held by the person expressing the hurtful words. In fact, even before the words are verbally expressed, the energy can be felt. Did you ever feel that someone was directing negative thoughts toward you, and you could feel the energy of those thoughts even though the person may not have verbally uttered the words to you?

Words are like seeds that grow and create belief systems. As children, we don’t choose our beliefs. We listen to what our parents, teachers, religious, say about us, and we believe them. So we become a mirror to our parents’ words to us without even realizing it. And then, we swear when we grow up, we will never talk to our children that way. But, the cycle continues. The energy of the words is still lodged within us. As children, we are like sponges, soaking up the energy of the words first uttered to us by our parents. We hear the words that vibrate love, or not. Babies don’t understand the words, but they certainly feel the energy of them. They are masters of reading and feeling the energy of those around them.

We have the power to change the energy of our words.

In the work that I have done with The Emotion and Body Code, there is one example after another of trapped emotions resulting directly from the negative words used toward the child. These negative emotions begin to be trapped in the womb. From there, just after birth, it continues. Words of welcome to the world, “You beautiful child, I love you,” these should be what a child hears and feels as he/she enters this world.

Yet, many of the trapped emotions that I have cleared from clients were trapped just after birth. More than one person's trapped emotions were when the father or mother expressed: “You should have been a boy.” “We wanted a boy.”

I would like to underscore the incredible power of words through the example of one specific client that I have worked with for quite a while now. We had been working on trapped energies underlying weight issues, relationship issues, and self worth. During one session, she asked if we could specifically focus on the verbal abuse that she suffered from both her parents beginning at a very early age. I use the example of this client because the focus of the session was specifically on the abusive words that she remembered being called and the repeated derogatory comments to her by her parents. Throughout her life, she has always felt the ramifications of these words, mostly in her relationship with herself and her beliefs about her self worth. With her permission, I would like to share just a few of the trapped energies that we were able to discover and release. These are not a complete list, but merely a sample to underscore the power of words:

All her life, her mother called her “fat ass”. Every morning, her mother would say, “get out of bed you son of a bitch bastard”. Her father would make derogatory comments about her looks. She would be called stupid. This verbal abuse began in the womb and thereafter. She was told she never should have been born, she was not wanted. Below are just some examples of the trapped energies that we were able to release as a result of this ongoing verbal abuse. Again, there was also physical abuse involved, yet it is the power of the words which has created the greatest negative effects.

Together, we discovered and cleared the following:

We all have at some time in our lives been the recipient of words that hurt us. But, the good news is that by being more aware of the power of words, we can consciously “be impeccable” with our word, and be responsible for what we create.

Furthermore, with the Emotion and Body Code we can identify and release the negative energies that hold us back from knowing the real truth of who we are and connecting with that beautiful, innocent child within. Instead of holding on to false beliefs about our own self worth, which have been ingrained in us with the misuse of the word, we can grow in unconditional love for that child within who never felt the power and energy of the words: “I love and cherish you for the perfection of who you are. Welcome to the world, sweet angel!!!”

My client is now living a life of abundance and success, both professionally and in her personal relationships. She has achieved greater clarity with every trapped emotion released, and she continues to evolve and grow in her relationship with her true self, having an ever greater understanding and appreciation of how far she has come.

I end with the power and energy of these most beautiful words. From my heart to yours,

In love and gratitude,

The Bridge to Forgiveness

In Union With Mother Earth

Shame is Veiled under the Guise of Perfectionism

To Dance with Spirit 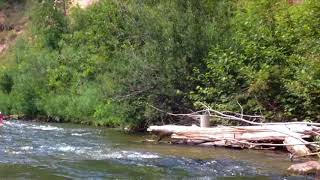 The Flow of Life

Traveling Down One Soul Purpose Road

A Whisper Calling Us Home